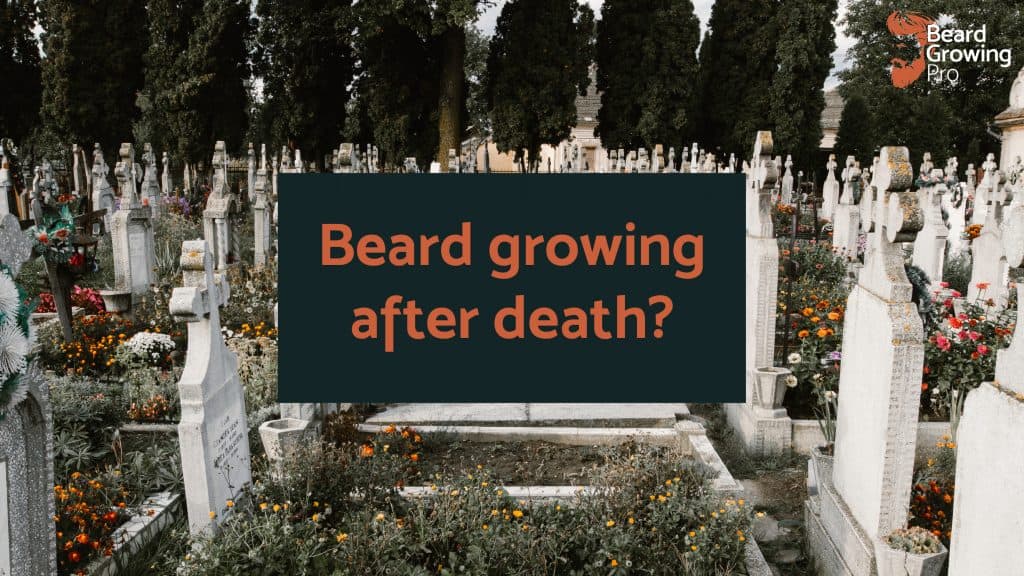 What happens when we die?

Death is a pretty interesting, if not terrifying, topic of conversation. What will happen after we die is a constant question that people ask from childhood and never find an answer to – until they die.

Because of the mystic around death, there are many rumors about what happens to your body. There has been a rumor going around for a long time that your hair and fingernails continue to grow after you pass away.

This urban legend has been going from as far back as 1929 when a writer called Erich Remarque remarked:

“It strikes me that these nails will continue to grow like lean fantastic cellar-plants long after Kemmerich breathes no more. I see the picture before me. They twist themselves into corkscrews and grow and grow, and with them the hair on the decaying skull, just like grass in a good soil, just like grass, how can it be possible?”

All quiet on the western front

Your hair and nails are made up of keratin – a “dead” substance produced by the body. Although the material itself is non-living the body needs to be alive to make more of it.

After your heart stops, your blood goes cold and your limbs stiffen. Oxygen supply also stops because of this glucose also not stored, which causes cells to die. In the case of fingernails, the new cells should be produced in order for the nails to grow and it can’t happen without glucose.

Death puts an end to the supply of glucose because of that nails also stop growing. Same condition for hair also . Each hair sits within a follicle that helps to grow. At the base of the follicle is the hair matrix, a group of cells that divide to produce the new cells that make hair strands longer.

These cells divide very rapidly, but only when supplied with energy. This happens when the glucose is burned which requires the presence of oxygen to complete it. When the heart stop beating the oxygen pumping is also stopped because of that energy supply dries up and so does the cell division that drives hair growth.

That means if the body is not alive, there is no way that they could get longer. So clearly something else is at play here!

So, if your hair doesn’t grow after death what else happens?

The first thing to happen to then body is the onset of dehydration. Without your body maintaining skin tissue water slowly evaporates from the body – drying out your skin and the tissues around it.

Because your body is made up primarily of water, it shrinks. Just like a bit of rotting fruit, it shrivels up. But there’s one thing that doesn’t shrink…

The keratin that makes up your hair and fingernails.

The drying out process of the body after death can be slowed down by applying large amounts of moisturizer to the body. In fact, morticians do this to stop the shrinking becoming too obvious if the body has to be kept and then shown for a few days after death.

Here’s the thing about bearded men:

So what happens to hair after death? The science

Hair, and the keratin in hair, is so robust that it is used in science as a way to find out about archeological remains. As the hair shaft emerges from the body it provides both a permanent record and a time-resolvable snapshot of the conditions within the body at the time of keratinization.

This is such a highly misunderstood part of the human body that it was included in a peer-reviewed science publication: Medical myths:

The scientists’ response was:

Morbid information about the body captures the imagination and reinforces medical mythology. In All Quiet on the Western Front, the author describes a friend’s fingernails growing in corkscrews after the burial.w22 Johnny Carson even perpetuated this myth with his joke, “For three days after death hair and fingernails continue to grow, but phone calls taper off.”w23 To quote the expert opinion of forensic anthropologist William Maples, “It is a powerful, disturbing image, but it is pure moonshine. No such thing occurs.”w24

This myth does have a basis in a biological phenomenon that can occur after death. As Maples and numerous dermatologists explain, dehydration of the body after death and drying or desiccation may lead to retraction of the skin around the hair or nails.w24 The skin’s retraction can create an appearance of increased length or of greater prominence because of the optical illusion created by contrasting the shrunken soft tissues with the nails or hair. The actual growth of hair and nails, however, requires a complex hormonal regulation not sustained after death.w25 w26

No. The beard doesn’t continue to grow after death. It is due to dehydration of the skin and soft tissues receding and making it look like the hair has grown.

For bearded men, the process of dehydration is faster and therefore can make it look like the beard is growing.

If you want to find out more about hair growth – you may be interested in my other blog post – Does beard hair stop growing? This one isn’t about death!